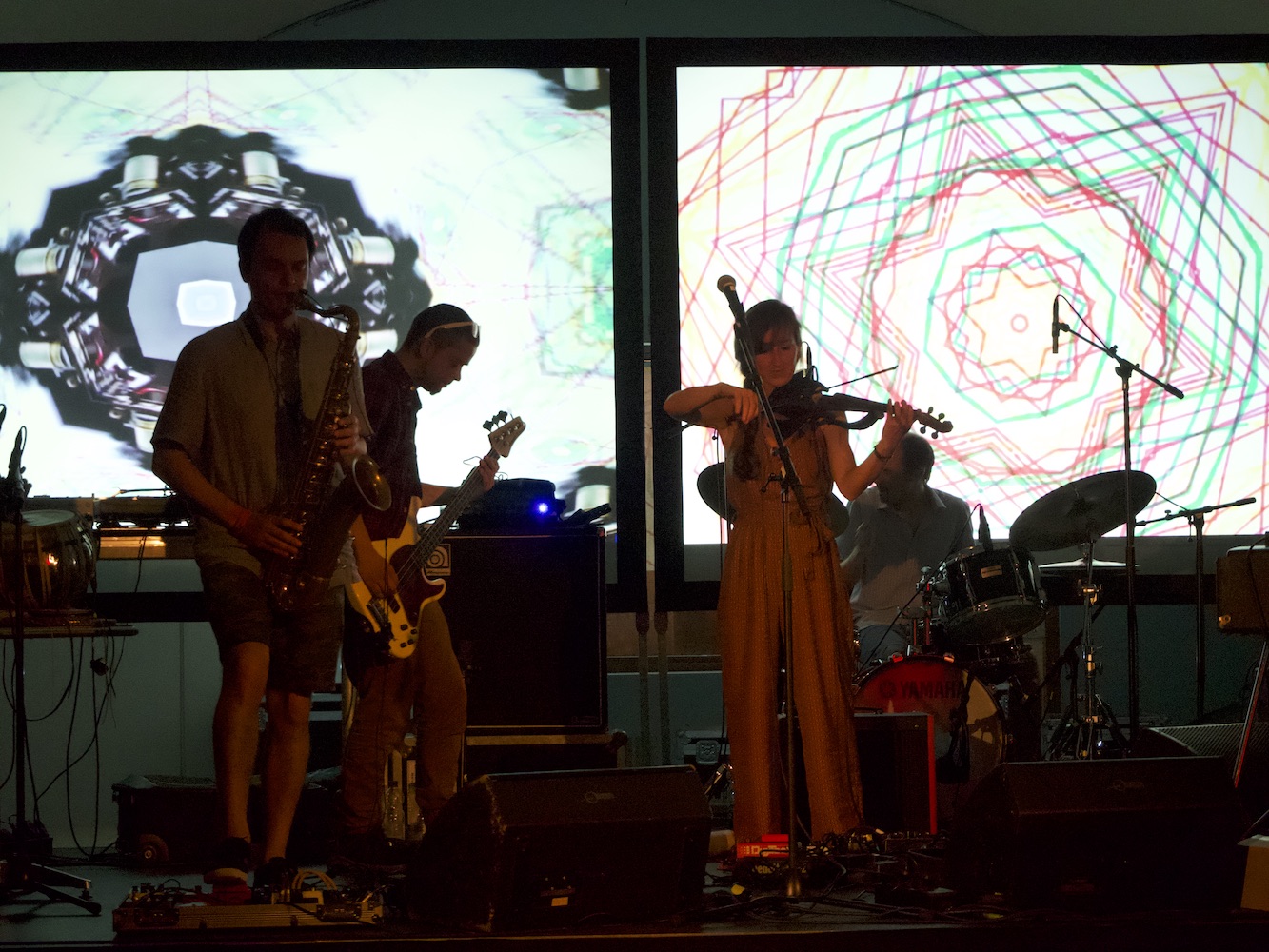 During the final show on the Sacre du Nord music festival in Rotterdam Arents captured the atmosphere in abstract compositions, based on the heart rates of the muscicians, dancers and the public. During the multi-disciplinary jam session, his audio and video registrations gave a life-feedback of the measured heart rhythms, which in turn became an input for the course of the improvisation. In this way Sacre du Nord became an interplay of image, dance and music; honest and unpredictable as the heart itself.